It was in 1987 whilst having a successful Bakery business based at The Bread Bin, in Market Drayton that Tim and Sarah Hopcroft, the founders of Image on Food first had the idea of decorating Gingerbread shapes. After weeks of trialing different mixtures the secret (and much loved!) recipe was developed and the gingerbread range was born. To begin with all of the gingerbread novelties were just sold in the shop but after a chance encounter with the buyer from Ironbridge Gorge Museum shop an order for 700 gingerbread farmyard animal shapes was received.

Production of those 700 novelty biscuits took nearly 3 weeks and also for the first time the products had to be packaged. As the product was so visually decorated it was decided that the gingerbread would be presented in a clear bag with a ribbon finish. That first order for Ironbridge Gorge sold out within 3 weeks and it was then, realising a future potential market, that Image on Food was born. This also coincided with the active promotion of Market Drayton, as the “Home of the Gingerbread”.

After the success of the gingerbread at Ironbridge Gorge Museum shop the company was so encouraged by the response, that they actively began to sell the product – first to more and more visitor outlets in and around Shropshire and then through local distributors. 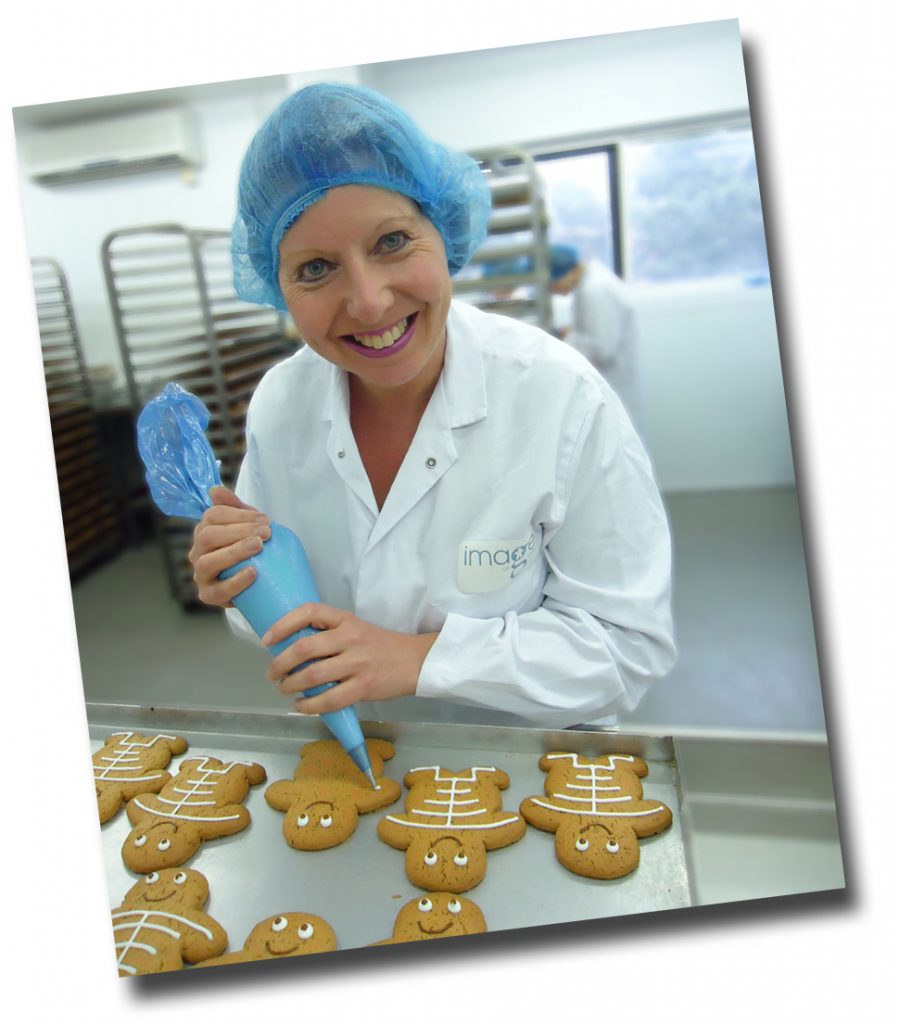 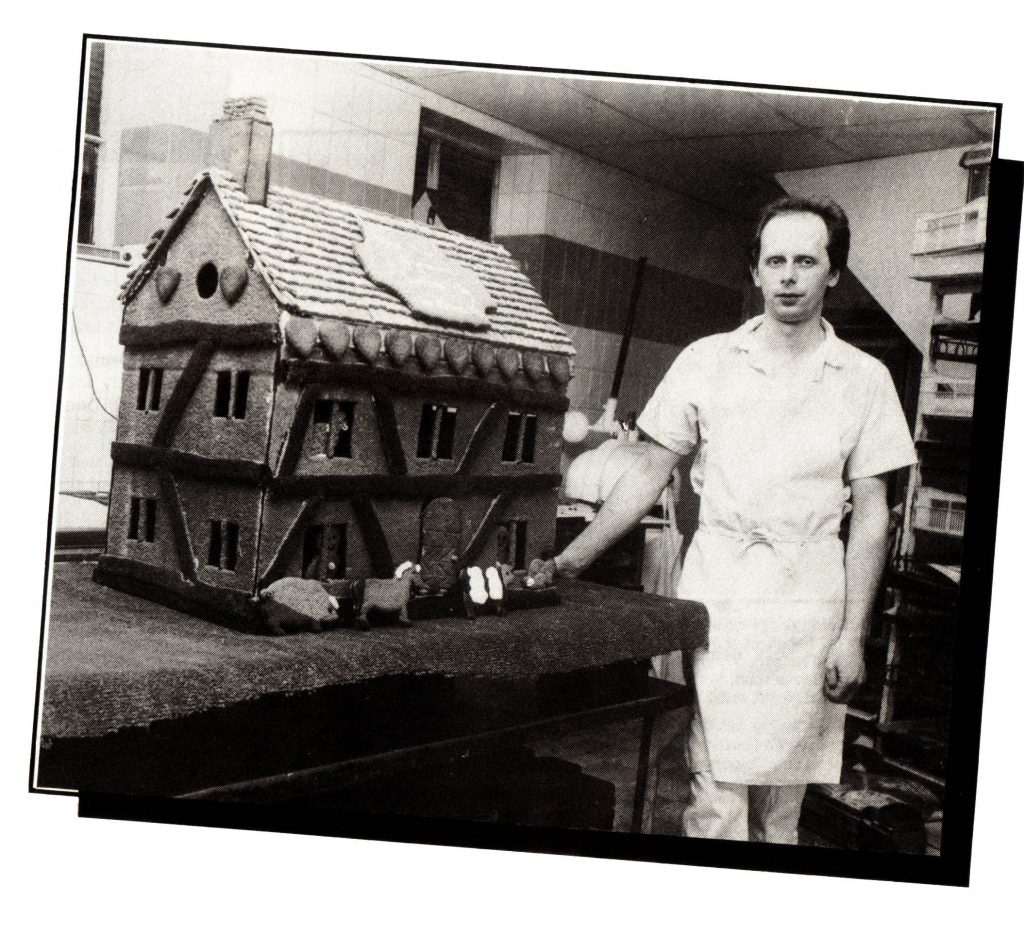 Tim Hopcroft, being a highly skilled decorator saw great potential in ‘up-dating’ the conventional gingerbread man image and as well as the launch of the animal and characters the business started to concentrate more and more on ideas for a number of seasons and events. In 1989 a Christmas range was developed for Bhs which was the big break the business was looking for. From that point on the sales of the gingerbread novelties rapidly increased and was recognised in that year by being short-listed for the BBC4 Enterprise Award of the Year and in 1990 by winning the Marks & Spencer’s Better Made in Britain Award.

Gradually, the Company became better known and more experienced and moved up-market, selling to Heals, Selfridges, Harvey Nichols and also into higher volume retail outlets including John Lewis and Waitrose. However, alongside this growth our small retail customers continued to flourish as it has always been a priority of the Company to still maintain and look after the “smaller customers” as without them we would not be where we are today. Year on year sales increased and in March 2006 the Company moved to their new 10,000 sq. foot purpose built factory premises in Market Drayton.

Today we are a leading manufacturer of gingerbread novelties, distributing our products worldwide and constantly working on product development to bring new and exciting products to the market. Our mission is to work alongside our customers to develop ideas unique for them whilst, still, maintaining a reputation of quality, service and creativity.